With the eventual, arrival of BT6: Double Diamond we will get a huge slew of support for my favorite unofficial archetype: Security Control/Mega Zoo. With this article I hope to identify some of the new tools available for the archetype as well as inspire some unique/creative builds with all of the new cards. 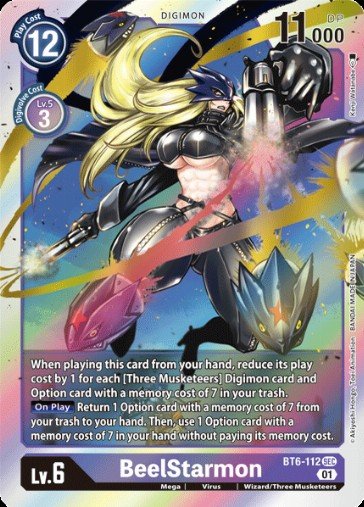 Before we jump into this article, I did want to quickly mention the new Three Musketeers archetype that releases in this set. In short, with it rewarding the player for running a lot of powerful option cards as well as hard-casting Megas, it is the closest thing we have to an "official" Security Control/ Mega Zoo archetype. I'll be mentioning some of the cards from the archetype in this article but, if you are interested in learning more about the Three Musketeer archetype in more detail, I have made a whole Youtube video covering the archetype which you can find here 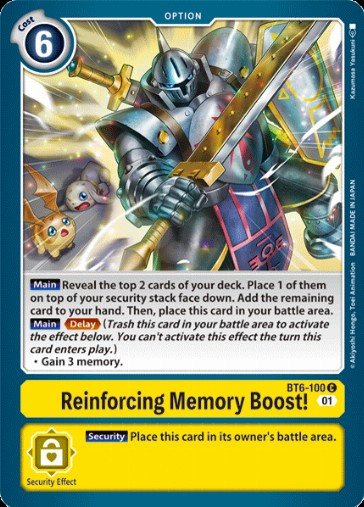 I've got to admit, for a set that has been delayed in North America twice, it is incredibly fitting that it is ALSO the set tha premieres the new "Delay" keyword. In general, this keyword is incredible powerful; especially for decks that are going for a longer/more control style pace of play ( like most Mega Zoo/Security Decks are aiming for ). While the generic delay cards that every color gets is pretty powerful, I believe Reinforcing Memory Boost! will take Security Decks to a whole new level of power and consistency. For 6 memory ( and then being able to get 3 memory later ) you reveal the top two cards of you deck, put one of them into your hand, and then recover the other one. Being able to knowingly stack your security is an huge boon for the archtype which was previously playing Izzy Izumi to try and accomplish the same thing. Additionally, being able to get a 3 memory when you pop it in the future is an absurd amount to gain and can help you either memory choke your opponent's next turn or extend your own turn/plays. I strongly think this is a staple in yellow Security Control lists as well as strong enough to consider making yellow your base/digitama color. 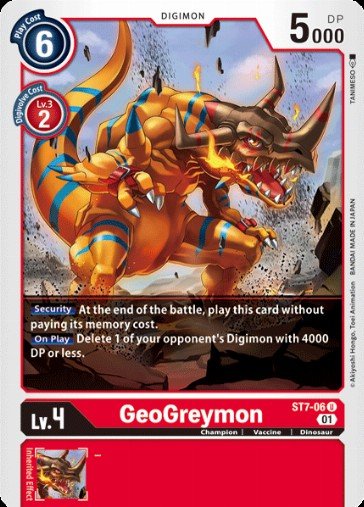 In the BT3, each color got their own Champion digimon, such as Ankylomon, that was able to play itself from security. While they could squeak an unexpected win every once in a while, they were moderately unused. BT5 brought us Zwart Defeat, which was definitely a step in the right direction/saw a decent amount of play ( even in non-Security Control Lists ). Soon, with the release of the new starter decks ST7/8, we will be getting GeoGreymon and magnadramon . These are fantastically versitile Digimon that, when they are played from security, get the additional effects on play of popping something with 4000 DP or less and drawing two cards respectively. Previously, one of the biggest issue with running security digimon is a lot of them would be a dead draw/stuck in hand if drawn. With these new ones however, since their effects are "On Play", you can also hard cast them from hand to get their effects. Additionally, they are fantastic targets to hit with Reinforcing Memory 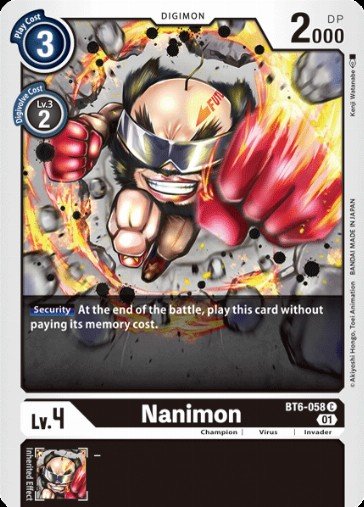 Boost/place on the top of your security.

Lastly, I wanted to note that Black got not one but THREE more Digimon with security effects in BT6 with Chikurimon, Alphamon, and Nanimon. In addition to Garurumon, Shademon, and Zwart Defeat ( which is white but evolves over Black Digimon ), Black has the most amount of Digimon that have security effects in the game currently. Though they don't have an on-color way to recovery security, I could definitely see it a deck try to take advantage of all of the security Digimon ( and all of the new Black Option cards we're about to mention ) and pair it with yellow to recover security/get more trigger of security effects.

Compared to the last couple of sets, BT6 and ST7/8 introduce a HUGE selection of high costed/powerful option cards. I don't have much to say about them besides "these cards are great when they're activated from security" so, instead here is a color-coded list of all the option cards I would consider running in Security Control/Mega Zoo lists: 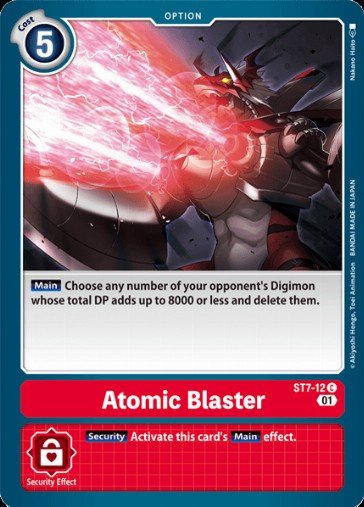 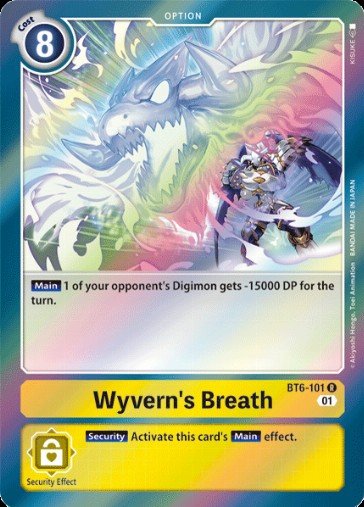 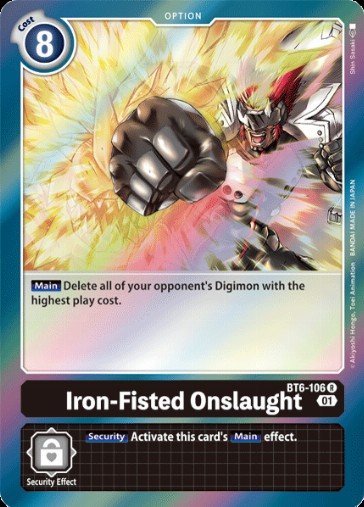 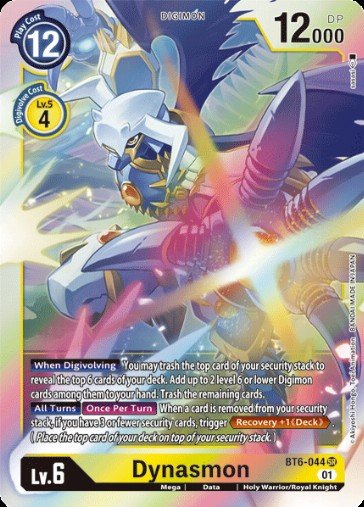 Now, how could it be a Mega Zoo article without mentioning any new Megas? Though, to be honest, compared to previous sets, the list of potentially new megas is a bit limiting. Though it needs a bit of trash setup to be really good, Beelstarmon has the fantastic effect of being able to play a 7 cost option card for free when it is hard-casted. Additionally, with it's cost reduction, it can be played for really cheap the longer the game goes one.

Besides Beelstarmon, the other Megas that caught my eye were Babamon and Dynasmon. Though neither have an effect on play, both of them have great potential to have good effects when hard casted. Babamon's On Deletion effect lets you play two level 3, which can pair nicely with traditional Security Control rookies like Lucemon, Salamon, Pulsemon, and BushiAgumon. Dnyasmon, if left alone, can also provide some nice Recovery over the course of the game/dissuade your opponent from swinging into your security further.

Honestly, just writing this article has gotten me excited of all the potential Security decks we could have going into the BT6 Meta. Though I highly encourage you to theorycraft/build/test your own personal builds. Included is a basic but effect Yellow Mastemon Security Control List. It doesn't dabble into pairing with other colors, but yellow has a good diversity of defensive/security options. Additionally, this deck also runs the Zwart Defeat/Omnimon X-Anti-body which can catch an opponent off guard if they're not playing around it. I think it is a good deck to get people interest in the archetype and I hope it inspires you to make your own personal build(s).

Hayden "TheEgman" Kaustinen is an avid card game player and makes content for the Digimon Card Game as well as Bandai's other card game Dragon Ball Super. Make sure to follow him on Youtube and Twitch for his other Digimon content!